Bill and Gail Kohler look forward to Christmas Day with great anticipation—and not for the reasons you might expect. Bill and Gail are Jewish, and Christmas offers these dedicated volunteers the perfect time to give back, by covering a shift at Seashore Gardens Living Center (SGLC). 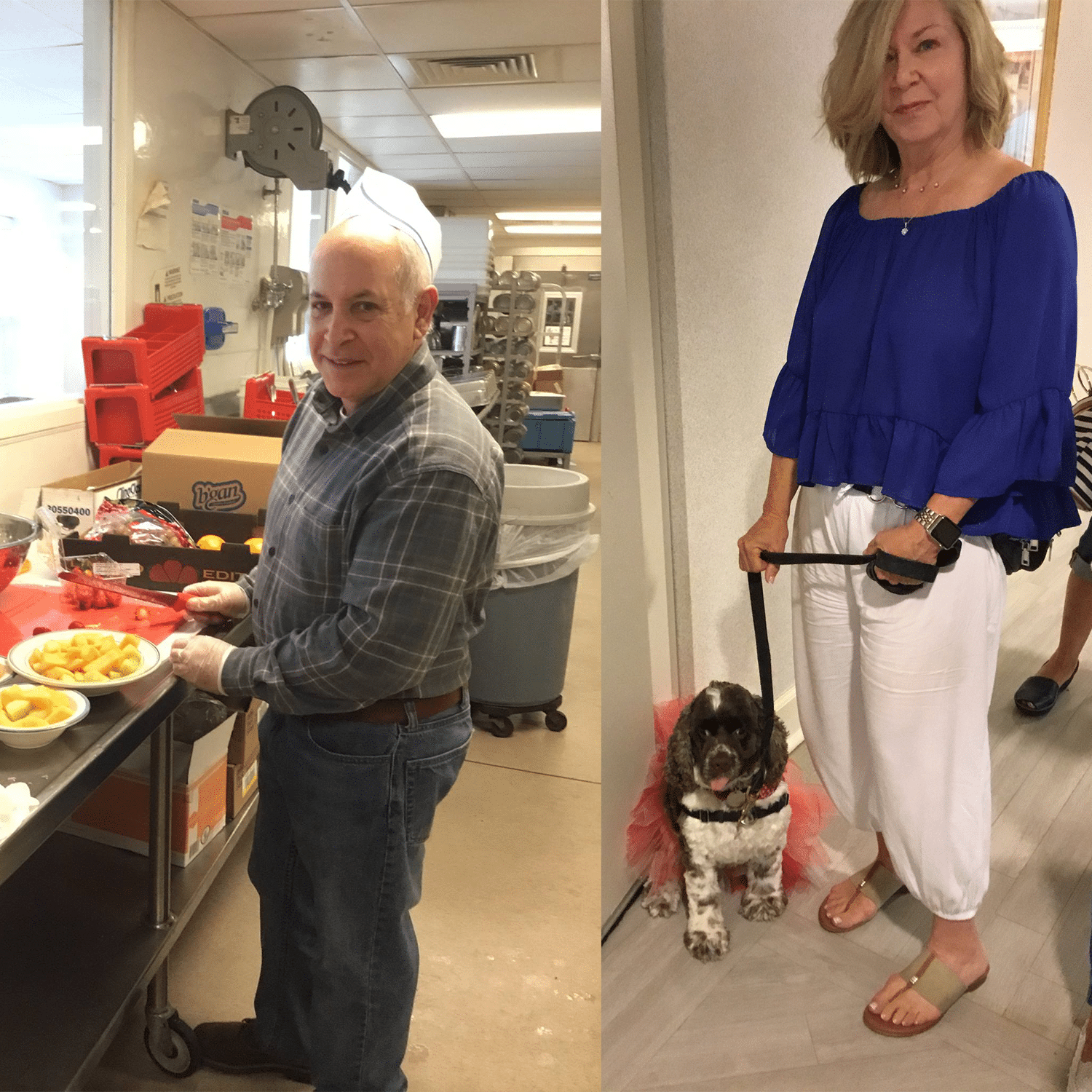 “SGLC has traditionally asked for volunteers to work on Christmas Day so those who celebrate the holiday can have the day off, or work reduced hours,” said Bill.  “As a board member, I’ve tried to assist with this as much as possible. I couldn’t tell you how many years Gail and I have done this.”

“We worked in the kitchen; my specialty was cutting pies,” said Gail. “This past Christmas was the first time in years that we weren’t able to volunteer due to the pandemic.”

Bill joined the board in the 1990s, and since that time, he and Gail became active volunteers. “I got involved because Bill was involved,” said Gail. “I’d be at events, the Black and White Ball, certain meetings, and brunches where spouses were invited. My first solo volunteer was with one of my cocker spaniels, Beulah Belle. I was trying to socialize her when she was a puppy, this. At that point, I was working a lot and traveling a lot. I was never home. But with little pockets of time, I would bring Beulah Belle to SGLC.”

When her schedule opened up, she and Bill had a new dog, May Belle, also a cocker spaniel. “Her disposition was so perfect; she was the sweetest little thing,” said Gail. “The very first day I took her to SGLC, Cindy took us to this semi-circle of people in their wheelchairs. She asked us to introduce ourselves. May Belle walked up to everyone in their wheelchairs, one-by-one, and let them pet her. I saw this incredible joy that she brought. Her behavior was unbelievable; she was meant for this.”

Gail got May Belle certified as a therapy dog. It was a rigorous process. “They made her sit and stay at the other end of the park for 15 minutes. They put food down on the ground and she had to walk around several times without touching it. They would scare her coming out from bushes with loud sounds. They would bump into her with wheelchairs, canes and walkers. She absolutely aced the test.”

For the past four years, until the pandemic, Gail and May Belle used to visit weekly. They would spend 1-2 hours providing both human and canine connections. “I’ll sit down and chat with residents for a while with May Belle beside us. I’ll go into rooms if someone wants to see a dog. They’ll pet her and be excited and happy. May Belle also will stop and say hello to people in the hallways. We’ll end up in Comfort Care and stop for some belly rubs. It’s just a wonderful experience for us both.”

“SGLC is a magnificent place,” said Gail. “I have volunteered and been to others and there’s no comparison.”

“I think SGLC is unique in terms of its commitment to the Jewish community and to the non-Jewish community,” said Bill. “I have always been impressed by the way it has operated since I’ve become acquainted with it, especially with the leadership of Marty Klein and Alysia Price. The facility is also clean and the staff is caring and professional in my experience.  I think anyone who has an interest in being “of service” to a committed and worthwhile organization would find SGLC to be a great place to be affiliated with.” 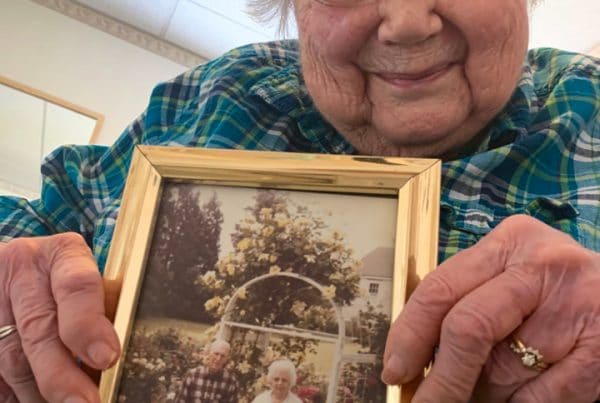 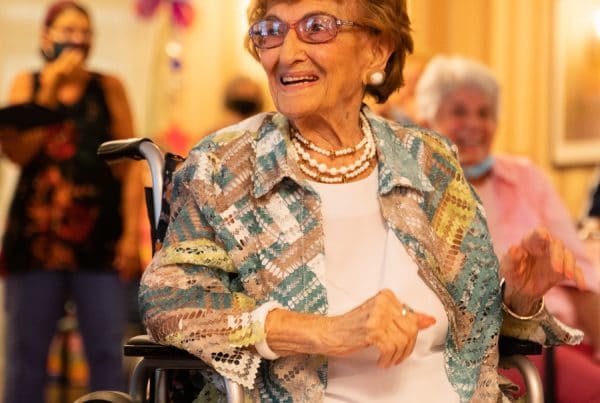 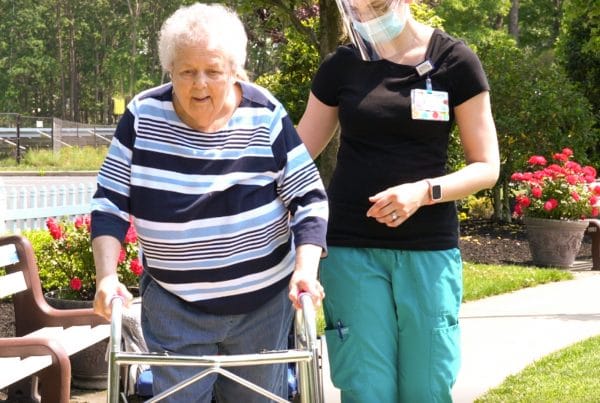